My current primary medium, Eglomise’ with Reflective Elements / reverse painting on distressed mirror, might be considered a new genre of artistic expression.  I work with new plate glass mirror, a reflective silver coating applied to one side where this becomes the back of a flat piece of reflective glass, i.e. a mirror. This mirrored surface is my canvas where the silver coating is etched with an alkyline chemical and where some of the reflective coating is lost in process, creating windows of clear glass against the silver. I then paint on the back side of the glass to achieve the desired effect. Color, form and the remaining silver / reflective coating are viewed from the front of the glass.

Color & form, including the silver of the residual reflective coating in my compositions are not controlled by determination to create anything that would resemble an exact representation of the natural world, or heavens. Although and perhaps, a view through the looking glass into an alternative world, a personal reality shared.  I want to hide objective reasoning, where subjective reason might stand in the forefront. The canvas of reflective glass is now an object of art / Eglomise’ with Reflective Elements.

Art courts the physic, most human’s respond to color emotionally, visually interpreted, color cannot be analyzed except by experiential association with another object or idea.  Color, form and symbols interpreted by culture and personal experience, allow us to think and feel by way of subjective and objective reasoning. These windows of abstract form and color offer a “behind the looking glass” experience, a photo mosaic delivered to the mind by neuroscience and imagination. Thoughts and perceptions create opportunity for personal introspection, consideration of other dimensions and perhaps life just out side of our present existence. Where our bodies are a composite of the elements of our universe and when looking through the glass, one might consider the origin of our existence, we see ourselves in the art, a reflection of creation. 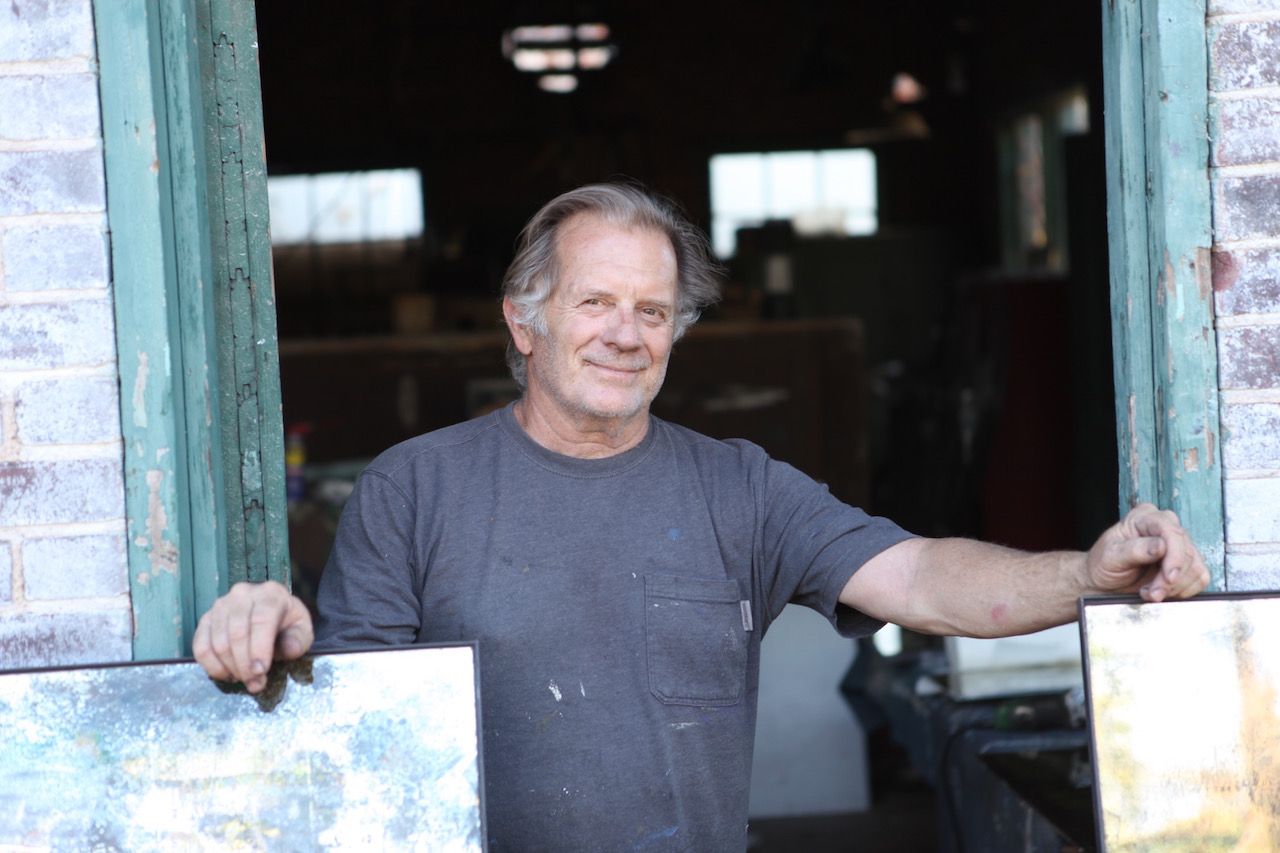 Timothy Poe is an Alabama native residing in Birmingham. After serving in the Coast Guard 1978-82, he established a antique furniture restoration business in Galveston, Tx. and relocated to Birmingham in 1989. Self taught decorative painting skills allowed for a flexible schedule while earning a BA in Art Studio while attending the University of Alabama.

He attended the Pilchuck Glass School during the summer of 1995. After earning his BA in Art Studio from UAB in 1996, he developed a multi media working studio in the coal testing lab at the dormant Republic Steel Works (www.thomasproject.org) in the confines of Wade Sand and Gravel, Birmingham, Al. He was the first artist to restore & convert one of the historic buildings at Thomas /  Republic Steel facility into a studio space.

His aesthetic artistic focus was then and still remains multi media objects made in two and three dimensions with the primary medium glass, cast, blown, clear plate glass and mirror.

In 2006 he developed “Antique Mirror Patina Solution”, a unique process for distressing and imprinting the silver / reflective coating on new mirror. This process used by individuals / artists to create special effects using new mirror and led to the development of a new style of decorative and fine art utilizing the reflective surface of new mirror.

Member of the Board, Thomas Coke Works Project, 1997.

I was the first full-time artist chosen to develop studio space at the former Republic Steel Works, Birmingham, Alabama. This historically significant facility is developing as an environment where artists of varied disciplines are restoring the buildings of Republic Steel to serve as studio space. My studio consists of the former coal testing lab and an adjacent rail car shed, that which was fully restored during the summer of 1996. Construction of a metal casting furnace, glass-casting furnace, burnout oven, annealing and casting ovens using primarily discarded materials and implements from institutional auctions.

A Brief History of the Studio Art Glass Movement

University of Alabama at Birmingham.
B.A. in Art Studio 1996. 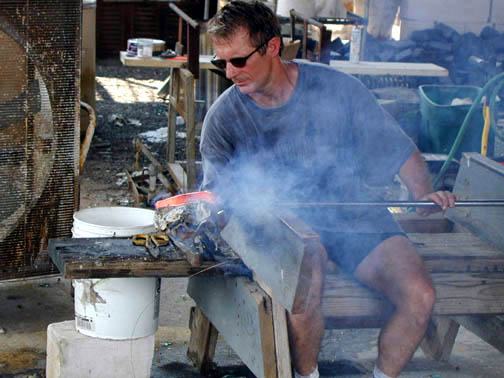